Who Can Undergo Teeth Whitening?

As people age, teeth become discolored for many reasons, but the primary causes are consuming darkly colored food and drinks, and smoking tobacco. Virtually anyone who is dissatisfied with the color of his or her teeth may benefit from teeth whitening. While most stains will respond to whitening, yellow discoloration tends to yield the best results.

Who Should Avoid Teeth Whitening?

Because fewer treatments and less time are involved with LaserSmile treatment, patients tend to experience less sensitivity after the procedure, compared with both other in-office and at-home whitening systems.

Usually, dentists will not perform teeth whitening on patients who are pregnant or breast-feeding. Patients younger than 16 years of age are also not eligible for teeth whitening because the nerves within teeth are enlarged and chemical bleaching could lead to increased sensitivity during and after the procedure.

Patients with teeth or gums that are especially sensitive may choose not to undergo whitening, because the procedure could worsen these conditions. Many whitening systems utilize peroxide gels, so any patient with an allergy to peroxide should avoid these systems.

Teeth stains that are brown, gray, or purple may not respond well to chemical whitening. For these, a cosmetic dentist may suggest covering the teeth with porcelain veneers or resin bonding.

What Is LaserSmile Teeth Whitening System?

LaserSmile Teeth Whitening System was developed by Biolase, a dental and medical device company that specializes in laser technology. LaserSmile utilizes a laser, a handpiece, and a proprietary peroxide-based gel.

Before whitening begins, the dentist or hygienist will protect the patient’s gums with a barrier. Next, the proprietary gel is applied to the patient’s teeth. The dentist then uses the handpiece to direct the laser onto the teeth to activate the gel. The laser is applied for bursts of 15 seconds, for up to a total of 16 minutes. Finally, the gel is rinsed from the teeth, and the barrier on the gums is removed.

Because fewer treatments and less time are involved with LaserSmile treatment, patients tend to experience less sensitivity after the procedure, compared to many in-office and at-home whitening systems.

Who Can Perform LaserSmile Teeth Whitening?

LaserSmile Teeth Whitening must be performed in a dentist’s office with the appropriate equipment from Biolase.

How Should Patients Care for Their Teeth After LaserSmile Teeth Whitening?

Patients who have undergone LaserSmile teeth whitening should continue to practice good dental hygiene following the procedure, including brushing the teeth twice a day and flossing once a day. In addition to not using tobacco products of any kind, dentists typically recommend avoiding foods and drinks that may re-stain the teeth, such as tea, coffee, cola, red wine, dark sauces, and berries. Attending twice-a-year checkups and cleanings is imperative for continued good oral health.

With proper dental hygiene, teeth whitening with LaserSmile can last for many years. Patients can seek re-treatment when teeth begin to discolor. Between sessions, ask your dentist whether at-home whitening is a good option for maintaining your bright smile. 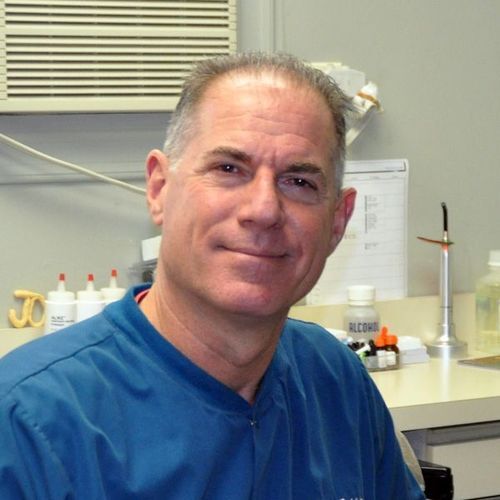 Dr. Feldstein has been placing dental implants for over 30 years. In that time, he has successfully placed over 4,000 implants. In addition, he is a member of several prestigious organizations, including:

For more information about the incredible results we can achieve with dental implants, contact our Flushing office online or call (718) 261-7071 today. I have been going to this dental office for 46 years - count 'em 46! ...They are kind, compassionate and always consider what the patient is experiencing... Love them all. Wouldn't even contemplate going elsewhere. E. Alter

*Disclaimer: results are not guaranteed, may not be permanent, and can vary per individual. Some images are of models, not actual patients.